Hen in the yard 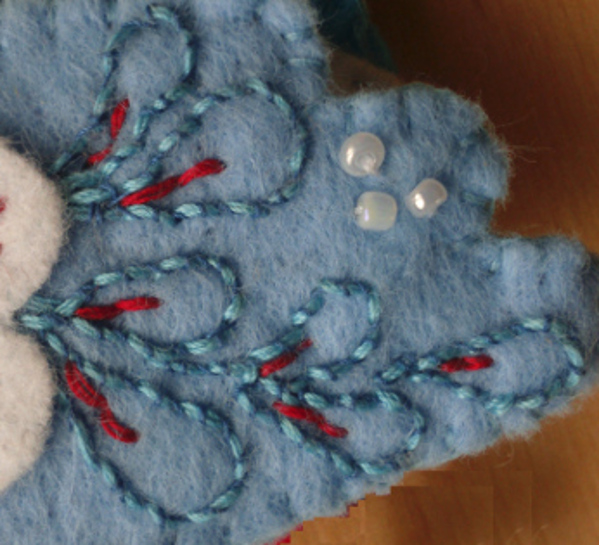 I’ve been so happy with the change in the weather, the chirping of the birds and the appearance of snowdrops in the garden that I failed to put two and two together and realize that spring is just around the corner. For a couple of months I’ve been planning to make a new wreath for this season. I think I better get my act together, because I am a bit late already. Especially if I want to have it ready by Easter!

Back in December I discussed in a post (OK, let’s spell it out, I had a big ol’ rant)  the Twelve days of Christmas carol. From that moment on the song had its revenge: I just cannot stop thinking about the ornaments Larissa Holland made on this theme. I keep looking at the pictures and I dream of making my own set for next Christmas. I felt it was too early to start with them, until I realized something. Since in Hungary Easter is most often represented with baby bunnies or little chicks, I could start things with the French hen and make a wreath with it. It’s not a chick, but I think it’s close enough. 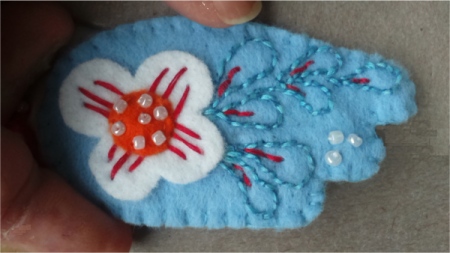 Looking at the pattern and the color combinations, seriously, how am I to choose? I love the unexpected combination of the aqua and the lime green, the blue and the white, the mustard colored ones, OK, I love them all! There must be limits though. For one, I only have three weeks, and then there is only so much space on the door itself. So for now it will be the subdued white and blue. And then we’ll see where this will take me.

As in previous occasions I ended up using my stash of sewing threads for embroidery. I still feel it serves the purpose of the floss quite well. Plus I like how the different colored threads I combine give a different dimension to the embroidery, how they twist around each-other and have a play. It breaks that uniformity and ads so much more interest.

Although the pattern calls for a printable stabilizer to help with the stitching, I decided not to use it. For one because you cannot buy it around these parts, but most importantly because I chose to go free handed. I don’t sketch it on or draw it on the felt, just eye it and go from there. Is it straight, is it crooked? I am not exactly sure, but what I know is that it is mine. It is like calligraphy that  starts out with a pattern and then the pattern itself takes over. The only limit there is to this galloping is the fact that I ran out of a couple of bits I will need for the projects. Minor details like stuffing material and pipe cleaners. Not much, really. I’ll have to head back to the crafts store during the week to replenish my resources and then I can go back and chase the chicks. The chicken. No, the hen! Oh, you know the one…